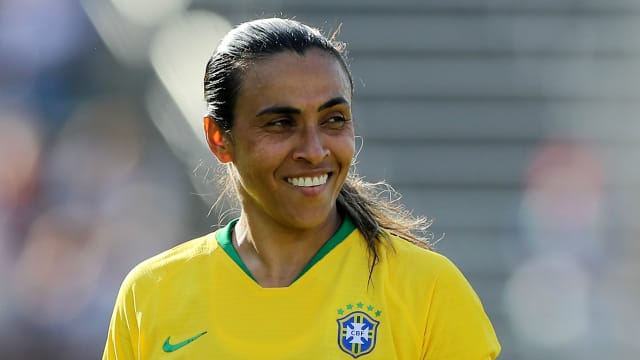 Marta picked up the Women's Player prize at the FIFA Best Awards, while Lyon's triumph in the Women's Champions League was also recognised.

But it was Brazil star Marta, often regarded as the best female player of all time having scored 15 World Cup goals, who edged out Lyon duo Ada Hegerberg - who registered a record 15 goals in the successful Champions League campaign - and Dzsenifer Marozsan to the award.

Lyon's triumph was recognised in the Best Women's Coach award section, however, as Reynald Pedros - a former France international - saw off competition from Japan's Asako Takakura and Sarina Wiegman of the Netherlands.