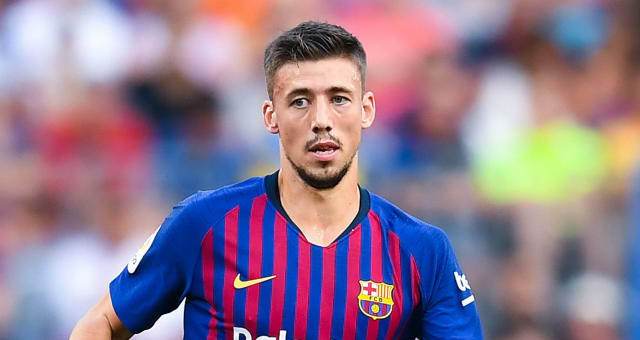 Barcelona will appeal against the red card shown to Clement Lenglet in the club's 2-2 draw with Girona on Sunday after coach Ernesto Valverde expressed his surprise at the decision.

The 23-year-old defender clashed with Girona midfielder Pere Pons just after the half hour mark at Camp Nou and was adjudged to have used his elbow by the referee Jesus Gil Manzano – after the official had consulted VAR.

Valverde claimed Lenglet used his elbow to protect himself and described the incident as "never a sending off", before the club confirmed its intention to challenge the decision.

"Barcelona will present an appeal to the Competition Committee for the red card shown to the player Clement Lenglet in the 34th minute of Sunday's game at Camp Nou against Girona," a statement read.

"The French defender was dismissed after a review using VAR and according to the referee's report for 'elbowing an opponent when both players were challenging for the ball.'"

[INJURY UPDATE] Malcom gets medical all clear after recovering from ankle injury
#ForçaBarçapic.twitter.com/KHmTRwgQHn

Meanwhile, the club announced that Brazilian forward Malcom has recovered from the ankle injury that forced him to miss Barcelona's last three matches.

The 21-year-old has played just six minutes of football for the Spanish champions this season, coming on as a substitute towards the end of the 1-0 victory over Real Valladolid on August 25.