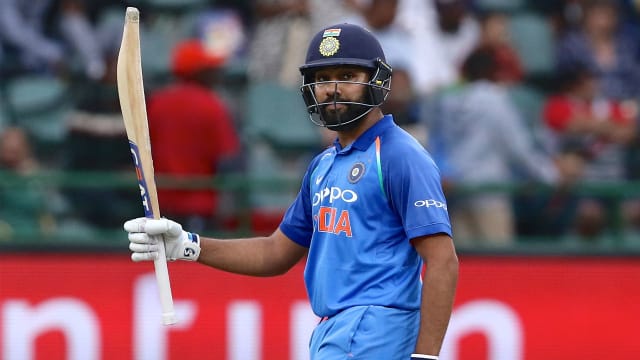 Centuries from Rohit Sharma and Shikhar Dhawan saw India to a record nine-wicket win over fierce rivals Pakistan that sealed their spot in the Asia Cup final.

Shoaib Malik (78) made a second successive half-century in the Super Four encounter in Dubai on Sunday, but Pakistan could only post 237/7.

Openers Rohit and Dhawan combined for an opening stand of 210 and the defending champions reached their target with 63 balls to spare, sealing their most emphatic one-day international win over Pakistan by wicket margin.

In-form captain Rohit was unbeaten on 111, having been dropped on 14, and Dhawan was run out for 114 from 100 balls as India hammered the ICC Champions Trophy holders for the second time in the tournament.

Rohit also became the fifth-fastest to 7000 ODI runs and has now passed 50 in each of his last three knocks, while Dhawan's hundred was his second of the tournament.

Yuzvendra Chahal (2-46) and Kuldeep Yadav (2-41) removed openers Imam-ul-Haq and Fakhar Zaman after Sarfraz Ahmed won the toss and elected to bat, then Pakistan were reduced to 58/3 when Babar Azam was run out.

Skipper Sarfraz (44) and Shoaib - the match-winner against Afghanistan on Friday - put on a much needed 107 for the fourth wicket before Kuldeep removed the skipper.

Shoaib and Asif Ali struck a couple of sixes apiece but India managed to restrict Pakistan to a below-par total, Chahal bowling the latter to take his 50th ODI wicket.

Rohit had an early let-off when he was put down by Imam in the covers and that proved to be very costly as the openers set about the Pakistan attack.

The powerful Dhawan hit two sixes and another 16 boundaries, while Rohit launched four maximums in a punishing partnership, the captain also given a life on 81.

Dhawan was on his way following a mix-up, but Ambati Rayudu joined Rohit to see India through to a decider against either the same opponents or Bangladesh.