Players have given their lives to Burnley - Dyche 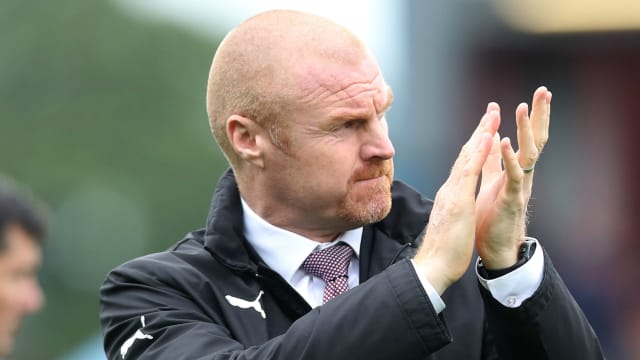 Sean Dyche said Burnley's players had "given this club their lives" after they romped to a 4-0 victory over Bournemouth and recorded their biggest ever Premier League win.

The Clarets went into the fixture hoping to end a six-game winless run in all competitions and they did so in style, taking a 2-0 lead into half-time following goals from Matej Vydra and Aaron Lennon.

Ashley Barnes came off the bench and scored a brace in the second half to make certain of Burnley's first league victory of the season.

After the game Dyche spoke about how he managed morale amid a tough spell that included failing to qualify for the Europa League.

He said: "We had a good open chat with the players in the week after the disappointment of last week [a 1-0 loss at Wolves] and I reminded them – and again before this game – that I'm proud of everything they have done and everything they do.

"Forget about the fact we hadn't won a game. I am telling you now, they have given this club their lives and will continue to do so.

"You can judge people on winning, but these lads put a lot in - and they have in the early part of this season.

"They have been travelling all over and then there's the outside noise and negativity from the Europa [League].

"But they've batted it away the best they can and to be able to bounce out of last week's performance into that one was very, very pleasing for them, not just for me and the fans."

Four-midable! What a result for the Clarets as they chalk up their biggest ever Premier league win.
Well done boys! pic.twitter.com/uqw2kfpa8G

Bournemouth boss Eddie Howe admitted he was baffled by the change in his team's performance from their previous outing when they strolled to a 4-2 victory over Leicester City.

"It was a strange game," said Howe. "If you look at it, we had some good ball, we threatened to create great chances, but we didn't execute the final pass well at all.

"We made bad decisions in the final third and I don't think they had too many chances. The stats could tell me different but that's my gut feel in the immediate aftermath.

"We were clinical last week. We didn't have many chances last week but converted them and we didn't have that clinical nature in either penalty area today, so it's a head scratcher.

"That's football though, one week you can go from one extreme to another, but we have to maintain our consistency in our preparations."