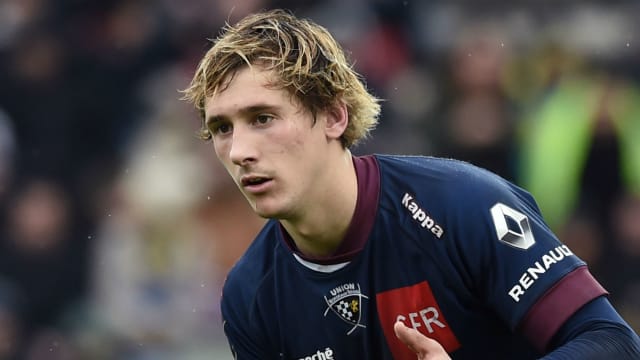 Clermont Auvergne's 100 per cent Top 14 record was ended by a 23-19 defeat at Bordeaux-Begles and Simon Zebo starred again in Racing 92's 27-11 defeat of Castres on Saturday.

Leaders Clermont were unable to stretch their winning run to five matches at the start of the season, tries from Vadim Cobilas and Afaesetiti Amosa and Baptiste Serin's 13-point haul giving Bordeaux victory at Stade Chaban Delmas.

Four Greig Laidlaw penalties and Jacobus van Tonder's try 17 minutes from time were not sufficient for Clermont to avoid a first defeat.

Ireland wing Zebo came up with a double to take his try haul to five in as many games in a dream start to life in the French capital following his move from Munster.

Racing moved up to third spot after they had too much for Castres, Virimi Vakatawa setting them on their way with a try in the first minute and Finn Russell booting 12 points.

Grenoble came out on top in the battle between two newly-promoted sides, beating Perpignan 31-22 to seal a first win in the top flight thanks to Gaitan Germain's tally of 26 points.