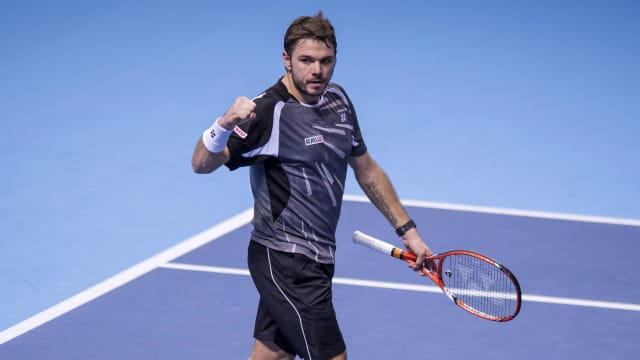 Stan Wawrinka is through to just his second ATP quarter-final since May after overcoming Karen Khachanov in a pair of tie-breaks at the St Petersburg Open.

The Swiss is on the comeback trail from a knee injury and made the last eight at the Cincinnati Masters in August, and he had to stave off set points in each set before securing a 7-6 (12-10) 7-6 (7-1) success.

Wawrinka, who has won all of the grand slams apart from Wimbledon in his career, will now face either defending champion Damir Dzumhur or Guido Pella in the quarter-finals.

Mikhail Youzhny won his last-32 tie with Mirza Basic in what will be the final tournament of his career, while seeds Roberto Bautista Agut and Denis Shapovalov also advanced.

At the Moselle Open, Kei Nishikori won his first match since he made the US Open semi-finals as he knocked out the defending champion Peter Gojowczyk in Metz 7-6 (7-4) 6-3.

Though he needed a tie-break to come out on top in the opener, Nishikori broke Gojowczyk's serve in the second and fourth games of the second set to record his 29th victory of the season.

Either fifth seed Nikoloz Basilashvili or Ugo Humbert will face Nishikori in the last eight.