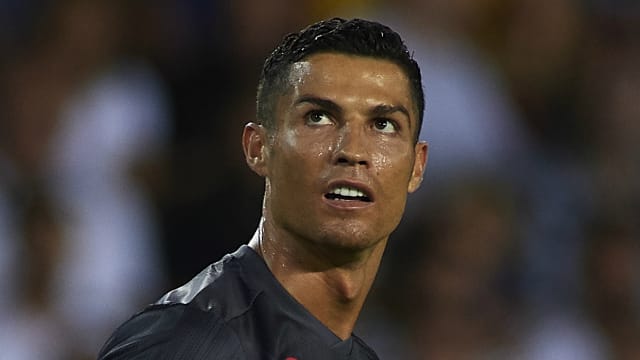 Cristiano Ronaldo should win the Ballon d'Or this year rather than Luka Modric, according to the Croatia star's Real Madrid team-mate Casemiro.

Isco backed Modric to win the prize for the first time after he shone in Madrid's 3-0 Champions League defeat of Roma on Wednesday.

Modric, who won the Golden Ball at the World Cup after leading Croatia to the final, created Madrid's second goal with a perfectly weighted pass for Gareth Bale.

In sharp contrast, Ronaldo was sent off on his first Champions League appearance for Juventus after clashing with Valencia defender Jeison Murillo in an off-the-ball incident.

Ronaldo's goals helped to fire Madrid to a third consecutive Champions League crown before he left for Juventus and Casemiro feels the Portugal captain deserves a sixth Ballon d'Or.

"Luka's year has been spectacular," Casemiro told reporters in a post-match interview.

"But in my opinion I would give it to Cristiano Ronaldo because he has been the best throughout last season."

Isco's perfect free-kick gave Los Blancos the lead on the stroke of half-time before Bale secured the result, to which substitute Mariano Diaz added late gloss.

"Last year they reached the semi-finals, almost got to the final, we have to value the match we have played," Casemiro added.

"I would say it was almost perfect, I'll keep the goal chances that we have created. We will correct [mistakes], the important thing is to create 30 goal chances.

"With Luka, Toni [Kroos] and Isco we have known each other for a long time, the quality they have is impressive, everything is easier, I know them and we feel very comfortable."