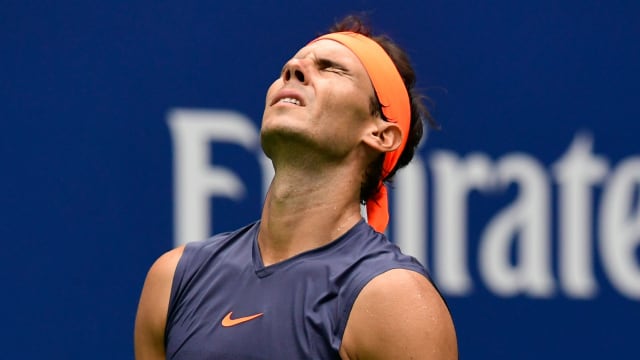 World number one Rafael Nadal has withdrawn from the China Open and the Shanghai Masters due to a knee injury.

Nadal retired from his US Open semi-final against Juan Martin del Potro last month with the issue and subsequently pulled out of representing Spain in the Davis Cup semi-finals.

The 32-year-old, who won the China Open and was a runner-up to Roger Federer in Shanghai in 2017, has struggled with tendinitis throughout his career and has decided in conjunction with his team to extend his time away from the court.

Nadal wrote on Twitter: "Hello everyone, as you know I had to retire from my semi-final match at the US Open and this Monday I was in Barcelona assessing the situation about my knee with the doctors.

"While the discomfort in my knee is nothing new, we have decided together with my medical and technical team not to participate in the Asian swing to rehabilitate the knee in the way we have always done.

"I'm sorry I can't be with the many fans in China and with the organisers of the Beijing and Shanghai tournaments, who have always looked after me and my team."

The next tournament Nadal is scheduled to compete in is the Paris Masters, which is set to start on October 29.