Mourinho: Dalot can play at Man United for more than 10 years 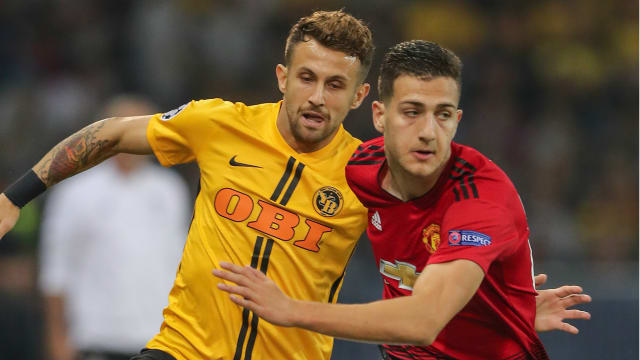 Jose Mourinho believes Diogo Dalot can spend more than a decade at Old Trafford as the Manchester United manager lauded the debutant.

Portuguese right-back Dalot made his debut in United's 3-0 win at Young Boys in their Champions League opener on Wednesday.

The 19-year-old swapped Porto for United in the off-season and made his first appearance in Bern, where Dalot impressed in defence and attack.

"I want to be also nice to Luke [Shaw] because I think both play at the same level," Mourinho told reporters. "I think Diogo and Shaw, they played very, very, well.

"Our danger came from both, both of them. They had fantastic movement, they had depth, they had crosses, they had assists. They were involved in the most dangerous actions and they defended also well. So I think both of them, they were very, very good.

"But of course Luke is here for a few years, he's playing since the beginning of the season and for Diogo first match for the club after a knee surgery. I think very good, solid performance.

Loved that from @DalotDiogo We've taken a closer look at his assured display...

United have now won three matches on the bounce, having suffered back-to-back defeats in the Premier League.

"At half-time I told the players it was the third time in a row that we arrived at half-time winning 2-0," Mourinho added. "Against Burnley we didn't finish it off but didn't concede; at Watford we did concede and we were in trouble.

"Today we could have had more of that but in the second half the players were responsible and ambitious to score the third goal. What I like most is after two defeats, we've had three victories in a row away with solid performances. Now let's go home again on Saturday."