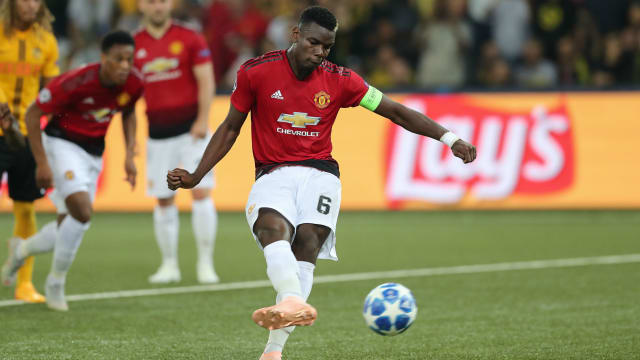 Luke Shaw has described Paul Pogba as "one of the best midfielders in the world" after his two-goal display in Manchester United's 3-0 Champions League win over Young Boys.

Pogba handed Jose Mourinho's side the lead 10 minutes before the interval with a superb finish into the roof of the net before coolly slotting home a penalty soon after.

He then teed up Anthony Martial for United's third after a marauding run through the middle.

Shaw – making his first start since suffering concussion on international duty – hailed his captain's display and believes he is up with the very best in the game.

He told BT Sport: "He gets some stick sometimes but we know what quality he has.

"For me, he is one of the best in the world. He is important as captain. He shows on the pitch what kind of leader he is.

"Hopefully he can carry that on."

Shaw admits that United started sluggishly and were indebted to Pogba's fine strike to help them settle into the opening Group H game.

"It was extremely difficult in the first half," he added.

"We didn't start bright. The pitch was difficult but we got to grips with it. Paul Pogba came up with a bit of magic for the first goal and that calmed us down a bit.

"It is always tough. The crowd, the pitch and the atmosphere. They were up for it. It is all about the points though and we got them."