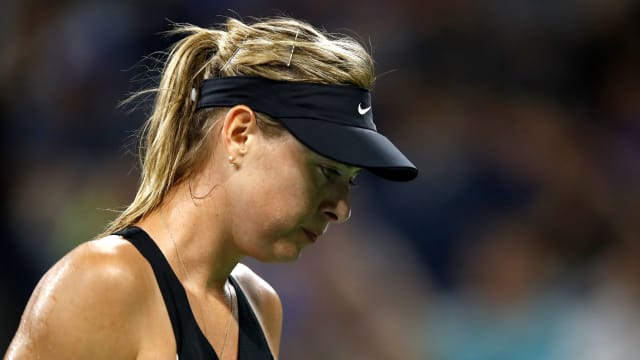 Maria Sharapova's stop-start season has been brought to a premature close after she withdrew from her final three tournaments of 2018.

The five-time grand slam champion has struggled to find any consistency since returning from her 15-month suspension having failed a drugs test at the 2016 Australian Open.

The 2017 Stuttgart Open saw Sharapova back in action on the WTA Tour but she has only won one tournament since – the Tianjin Open last October.

Sharapova reached the quarter-finals of this year's French Open but was comprehensively beaten in straight sets by Garbine Muguruza.

She has only played three tournaments since – Wimbledon, the Rogers Cup and the US Open – and the WTA has confirmed the 31-year-old has opted to call time on the season and focus on 2019.

.@MariaSharapova has withdrawn from the China Open, the Tianjin Open, and the Kremlin Cup due to injury.

That means she will not feature at the China Open or the Kremlin Cup, while she will also not defend her Tianjin title.

"I was looking forward to coming back to Tianjin to defend my title but unfortunately I need to give myself time to recover from injury," Sharapova told Tianjin organisers in a statement.