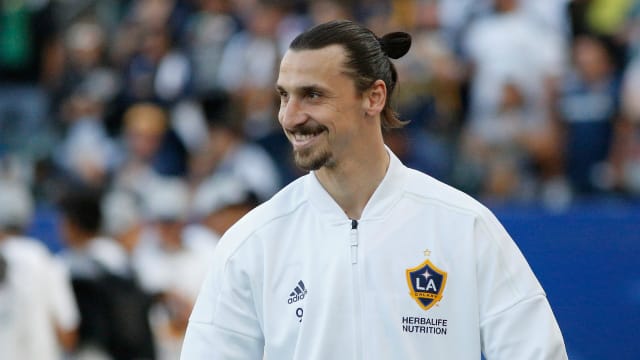 Zlatan Ibrahimovic took to social media to thank LA Galaxy and each of his former teams after notching his 500th career goal in typically sensational fashion.

The 36-year-old scored with a sublime, flicked volley on the turn in a 5-3 defeat to Toronto in MLS to join Cristiano Ronaldo and Lionel Messi as the only active players to have reached the milestone.

In a message posted to Twitter, the Malmo product expressed gratitude to Juventus, Barcelona, Manchester United and his other ex-employers in a post accompanied by an animation capturing some of his most famous strikes.

The illustrations include a mazy dribble and finish with Ajax, an audacious backheel while at Inter and the stunning bicycle kick for Sweden against England in 2013 that won him the Puskas Award.