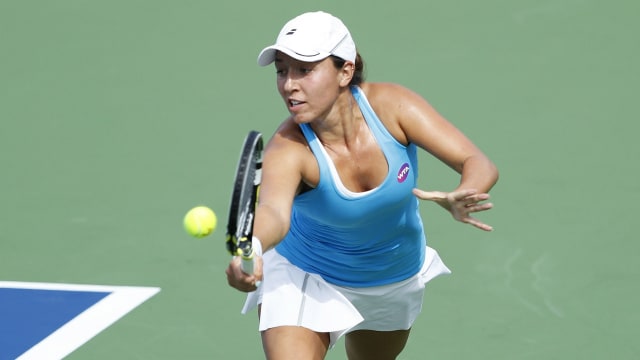 Pegula, who is ranked 227 in the world, came from a set down to beat Kenin 4-6 6-2 6-4 as she broke her opponent five times across the match in her first three-set encounter of the tournament.

The 24-year-old had already beaten Kristyna Pliskova and second seed Petra Martic in her run to the last four and will now face eighth seed Parmentier.

"I feel pretty good physically, which has always been the number-one thing [with me]," Pegula said in quotes published on the WTA's website.

"Today, I wasn't that sore or anything. I've had some pretty good wins already, so I knew I had the chance to win the match today. I'm excited and I'm just glad I got it done today."

Parmentier had to overcome losing the first set to Heather Watson as she secured a 5-7 6-3 7-6 (7-5) victory in a contest that lasted over two and a half hours.

Parmentier is bidding for her second WTA title of the season having won the Istanbul Cup back in April.