Ramsey on Gronkowski: I don't fear no man, period 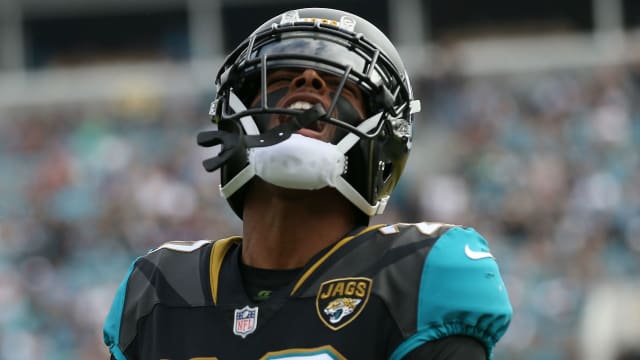 He shared his opinion on some of the top NFL quarterbacks and playmakers – most notably Gronkowski – which makes Sunday's game between Jacksonville and New England a marquee matchup between arguably the best cornerback and tight end in the league.

"He's good. He's good, now," Ramsey said on Thursday, via ESPN. "We ain't going to get it twisted. He's good, but, you saying this to me, is this supposed to bring fear to me or something?

"I don't fear no man, period. So he's going to have to come out there and line up on me. Or however it goes. He's got to play us this year."

Ramsey, a third-year corner for the Jaguars, has called Gronkowski overrated and said the two-time Super Bowl champion has had problems in the past matching up with corners.

If Ramsey lines up across Gronkowski, expect a show, but if another Jaguar has to take on the tight end, Ramsey is confident he can be stopped.