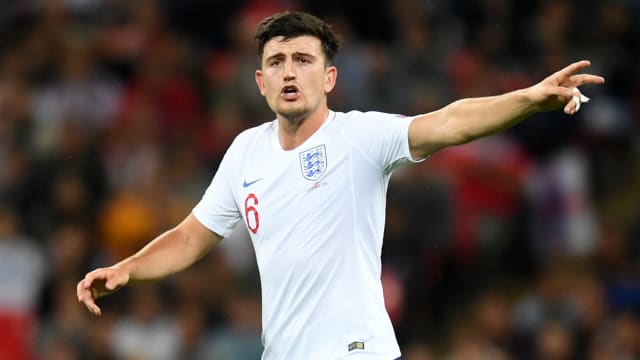 Claude Puel says he does not know if Harry Maguire has a release clause in his new Leicester City contract.

The England international, who has been linked with a move to Manchester United, signed a new five-year deal last Sunday.

Maguire said he respected the decision of Leicester's owners to refuse to sell him, but speculation United renew their interest has continued.

But Puel, whose side travel to Bournemouth in the Premier League on Saturday, is not interested whether or not his star centre-back now has a buyout clause.

"I don't know the details of his contract," Puel said at a news conference. "I can only say that it is a good feeling for all the club and for our fans.

"This signing shows the ambition of the club, the owners and for the fans it is very good feeling for the future.

Great night at the King Power. The support was amazing. Special mention to @BenChilwell . Congrats mate, first of many. pic.twitter.com/gPJ7z2z3fG

"We kept our best player and it is a good thing to continue to improve. Harry knows his quality and importance for the club. He played very well all the time for the national team.

"The most important thing for me is to continue to work with him and develop him and his team-mates. After every season, if there will be other things [speculation], we will see.

"Not just Harry, but all the players. He signed a five-year contract. It is not in my mind, or his, to leave the club after one season."