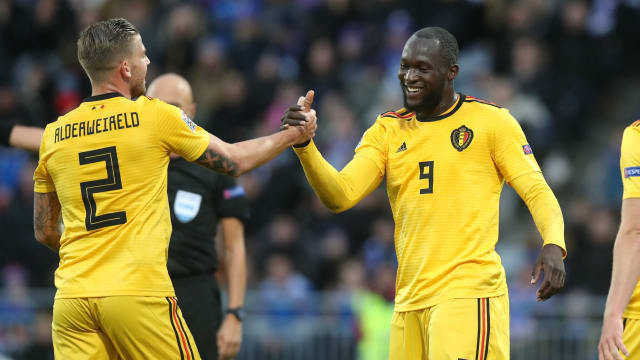 Roberto Martinez is confident he is bringing the best out of in-form forward Romelu Lukaku in a Belgium shirt.

The Manchester United front man scored twice for his country in their Nations League opener on Tuesday, inspiring a comfortable 3-0 win in Iceland.

Lukaku has now scored 43 goals for his country, netting consistently under Martinez, and the former Everton boss is pleased to see the 25-year-old thriving, with Michy Batshuayi also in the mix.

"I have known Lukaku for a long time and I understand him," Martinez said. "I knew his role with Belgium when I was at Everton - I just want him to score.

"I look at Batshuayi and see him putting pressure on Lukaku a little bit. [Lukaku] has to perform because Batshuayi is also strong."

Belgium were below par in Iceland but cruised to victory, with Martinez believing Eden Hazard's opener was crucial.

"Iceland started better, so I could see we had it hard," the coach said.

"But we showed resilience and got back on top, scored the goals and we were better. If you score the first goal, you have control. Iceland were better but we scored first."

Yet Hazard was keen to reiterate that Iceland were a tricky opponent.

"Not bad, eh? There are, of course, still things that can be done better, but all in all this was a good team performance," the captain said. "It is not easy to come here and win.

"For Romelu, it's nice that he has scored two goals again. It's good for his confidence."