Alderweireld not disappointed to stay at Tottenham amid Man Utd links 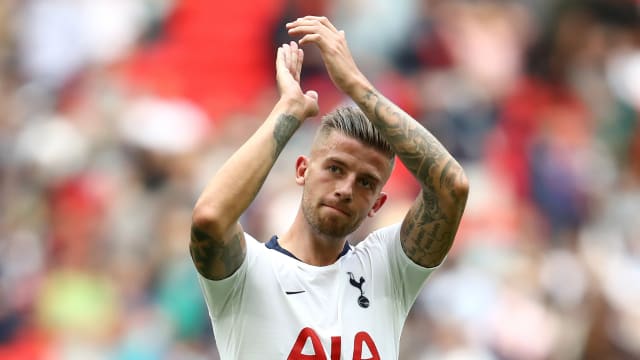 Toby Alderweireld was not disappointed to stay at Tottenham, with the Belgium centre-back a reported target for Manchester United in the previous transfer window.

Alderweireld featured in 14 Premier League games in 2017-18, with the defender's action restricted by injury and seemingly falling out of favour under manager Mauricio Pochettino.

But despite being in the last year of his Tottenham contract the Belgium international has been reintegrated into the team this term, making three league starts including one in Spurs' eye-catching 3-0 win at Old Trafford.

United were said to be among the clubs interested in signing Alderweireld but the 29-year-old denies pushing for a move, with Pochettino having given the media a lengthy update on the player's future last month.

"I quickly came to understand, together with my advisors, that I would be staying put at Tottenham," Alderweireld said. "However, I can't talk about all that was said in a news conference [by Pochettino].

"It is even a personal triumph for me to have got my place back in their team. I worked hard for it. It is not a disappointment for me that I did not get a transfer. I did not want to leave at all costs.

"People said that I wanted to leave the club, but that was not true. Not everything that has been said in the media has been correct. I just try to help Tottenham as I can with the abilities I have.

"The World Cup was good for me. I worked hard and showed what I can do. I'm now on cloud nine with the birth of my daughter, Ayla, and I'm always glad to play for Belgium. So I am happy on all levels."

Getting ready for Iceland!  #nationsleague#redtogetherpic.twitter.com/bVjOJpDiuc

Alderweireld and Belgium open their Nations League campaign against Iceland on Tuesday, Roberto Martinez's side having thumped Scotland 4-0 in a friendly last week.