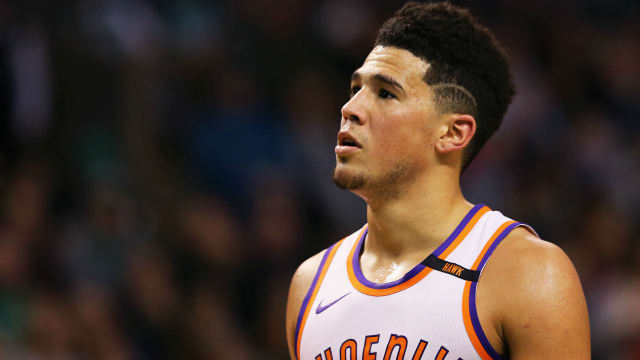 Booker had surgery to repair an injury to the fifth metacarpophalangeal joint in his right hand at Kerlan-Jobe Orthopaedic Clinic in Los Angeles.

The 21-year-old guard – who reportedly injured his hand in mid-March and missed the Suns' final 12 games last season – is now likely to miss the start of training camp.

Booker signed a five-year, $158million contract extension with the Suns this offseason.

He was selected by the Suns out of Kentucky with the 13th pick in the 2015 draft. Booker averaged a career-high 24.9 points and shot 38.3 per cent from three-point range in 54 games last season.

The Suns finished 2017-18 with a 21-61 record and missed the playoffs for an eighth straight season.

Phoenix – who open their season against the Dallas Mavericks on October 17 – also signed former Houston Rockets forward Trevor Ariza to a one-year, $15m deal in July.