Modric? Messi is the best in the world - Luis Enrique 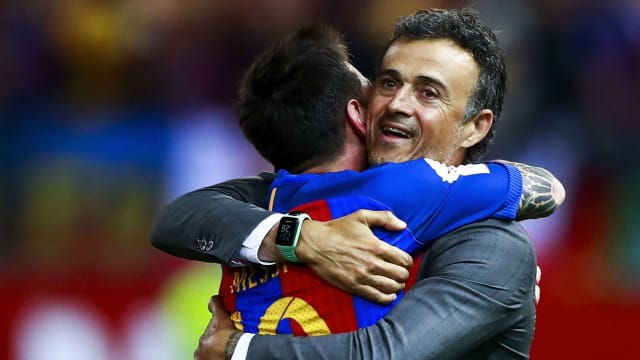 Spain coach Luis Enrique is the latest to give his opinion on FIFA's The Best award, adamant that snubbed Barcelona star Lionel Messi is the world's most impressive player.

Ronaldo and Modric both played significant roles in Real Madrid's Champions League win – the latter also getting the World Cup Golden Ball – while Salah enjoyed a remarkable and record-breaking debut campaign with Liverpool.

But many were confused by Messi's snub, given he inspired Barca to a LaLiga and Copa del Rey double and enjoyed a stunning season individually in Spain.

And, speaking ahead of Spain's Nations League meeting with Croatia, Luis Enrique recognised that Modric was an impressive talent but thinks Messi is a cut above.

"If I talk about Croatia [players], I would talk about Modric and [Ivan] Rakitic," the Spain coach said on Monday. "They both deserve individual prizes.

"But if I have to talk about the best in the world, the prize of the best player would be given to Leo Messi, who is one step above the rest."

Luis Enrique's side head into Tuesday's game having beaten England 2-1 at Wembley in their Nations League opener on Saturday, which was also the first match of the new coach's time in charge.

And he has already identified one error that he has made in his short tenure; not including Iago Aspas – a late call-up to replace the injured Diego Costa – in his initial squad.

"You get an idea of ​​what you expect from someone, and then the training shows you it's something else, you can be surprised," Luis Enrique said.

"I recognise my mistake. I thought it was a good match for him, I saw Aspas train very well, I'm open to changes."