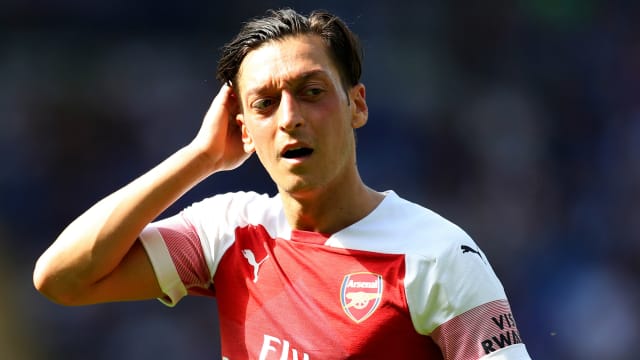 Mesut Ozil has missed out on a place on the shortlist of midfielders for the 2018 FIFA FIFPro World 11.

The Arsenal star failed to earn enough votes to make the 15-man list, which was announced by FIFPro on Monday.

Bayern Munich's Thiago Alcantara and Paris Saint-Germain's Marco Verratti are the two other players to make last year's shortlist who do not appear this time.

Kevin De Bruyne and David Silva of Manchester City, along with Barcelona's Ivan Rakitic, return to the top 15 after missing out in 2017.

Manchester United duo Paul Pogba and Nemanja Matic are included, as is Andres Iniesta, who left Barca for Vissel Kobe after the end of last season.

professional footballers in  countries have voted

Here are their top  midfielders

The  most-voted midfielders will be in the #World11

Meanwhile, Leonardo Bonucci failed to make the list of 20 defenders nominated for selection in the team after an unsuccessful season at AC Milan.

The 31-year-old was named in the 2017 World 11 but endured a difficult year in Milan, finishing sixth in Serie A before returning to Juventus in August.

The four defenders and three midfielders with the highest number of votes will be included in the final World 11, which will be announced at the Best FIFA Football Awards on September 24.