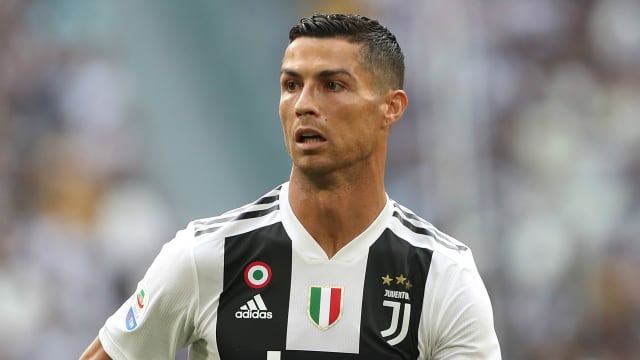 Cristiano Ronaldo's misfiring start to his Juventus career will not last long, according to Portugal head coach Fernando Santos.

Ronaldo is yet to score in Serie A despite playing full matches against Chievo, Lazio and Parma.

Questions have been raised as to whether Juve may have been misguided in paying €112million to sign him from Real Madrid.

Santos, though, offered reassuring words to the superstar forward, telling a news conference: "Wait a little and you will see the goals that Ronaldo will score."

The 33-year-old will miss Portugal's Nations League opener against Italy on Monday after opting to skip the international break.

9 - Cristiano Ronaldo is the player with the biggest difference between shots on target and goals in the top five European Leagues (nine). Unlucky.

Ronaldo's absence was keenly felt during the recent friendly draw with Croatia as Andre Silva failed to impress with a chance to lead the line.

Santos remains certain Portugal still have enough quality to mix it with an Azzurri side that was held 1-1 by Poland on Friday.

"The players have great confidence and great ability, but we also know the quality of Italy," Santos said.

"We know they have a great desire to avenge missing the World Cup and want to show their value in this new competition.

"It will be a clash of two great teams. There are no favourites."

Borussia Dortmund left-back Raphael Guerreiro will also sit out against Italy after picking up a thigh problem.