A Frenchman or Modric has to win the Ballon d'Or – Giroud 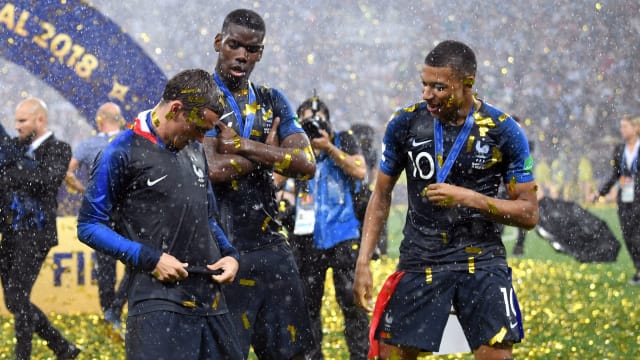 Olivier Giroud has dismissed the importance of The Best FIFA Men's Player award and is adamant a Frenchman or Luka Modric has to win this year's Ballon d'Or for their respective World Cup exploits.

FIFA revealed the three-man shortlist for their individual gong on Monday, with Cristiano Ronaldo, Mohamed Salah and Modric the three nominated.

Many were surprised by the fact Lionel Messi and all of France's World Cup-winning squad were overlooked, with Antoine Griezmann and Kylian Mbappe perhaps particularly unlucky given their strong respective seasons.

Giroud was stunned, yet he does not feel FIFA's award has any relevance in football, with the Ballon d'Or the main prize in his eyes.

"It is very surprising, but, to be honest, I do not attach importance to this trophy," Giroud told Le Parisien. "I'm only interested in the Ballon d'Or.

"It must be a Frenchman or Modric [who wins the Ballon d'Or]. If I could vote, I know which of my partners I would choose, but I will not tell you."

And, for Giroud, the 19-year-old is the best teenage talent he has seen since Thierry Henry.

When asked if he is continuously surprised by Mbappe, Giroud said: "How can you not be?

"He is breathtaking with his talent and maturity. One wonders where he will stop.

"At the same age, I have never met a boy so strong. It's never seen since, perhaps, Thierry Henry."