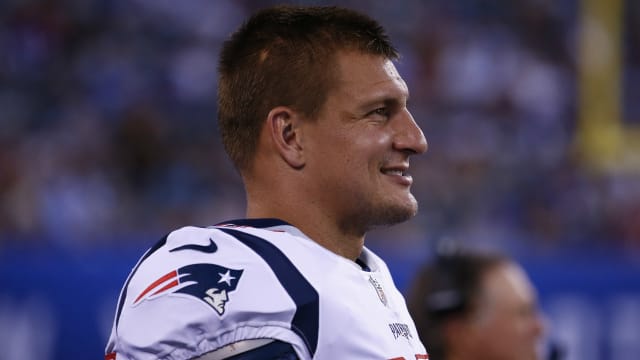 New England Patriots tight end Rob Gronkowski is delighted with his new revamped contract ahead of the NFL season.

Gronkowski has two years remaining on his deal but the Patriots star expressed frustration with the contract during the offseason as he skipped voluntary workouts.

Preparing for New England's opening game against the Houston Texans on Sunday, the 29-year-old said: "I mean it didn't weigh on me at all.

"Everything's always in the works. Nothing's just going to happen in a day, something like that. It's in the past now. It happened last week so it's go time now. That's all."

Gronkowski added: "I'm super satisfied with my situation and if I wasn't I mean I'd try and pull a move like they do, which works out. They get rewarded for holding out.

"I'm not frustrated at all or anything. I'm super satisfied and just ready to go, ready to play. That's my main focus."