The Best? - Messi compared to Ronaldo, Salah and Modric after FIFA snub 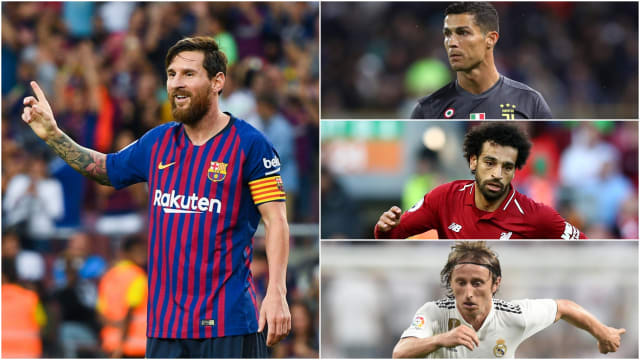 Lionel Messi was surprisingly snubbed on Monday when the nominations for the Best FIFA Men's Player award were announced, and Opta data suggests he has been harshly ignored.

Cristiano Ronaldo, Luka Modric and Mohamed Salah were revealed as the final three players up for the prize, leaving many wondering how Messi - who inspired Barca to a LaLiga and Copa del Rey double - was left out.

Ronaldo and Modric arguably secured their nominations with Champions League success at Real Madrid last term, while the midfielder also helped Croatia to the World Cup final, earning himself the Golden Ball.

Meanwhile, Salah enjoyed a record-breaking season with Liverpool and was an integral figure as the Reds finished runners-up in Europe's elite competition.

So, how does Messi's 2017-18 season compare to those of Ronaldo, Modric and Salah? We examined some key areas...

No doubt for Barça Fans.
He is the best.
Period. pic.twitter.com/Ly2i5IczSE

In front of goal

Messi also provided more assists than each of the nominees, setting up 18 goals, 10 more than both Ronaldo and Modric, while Salah created 14.

Salah's ability on the ball made him a thrill to watch last term, and he completed 114 of his 194 dribbles, both figures being signficantly higher than those of Ronaldo (55/96) and Modric (73/105).

But Messi blows all three of them out of the water, the Barca star having attempted 399 dribbles, of which 253 were successful.

Comparing Messi to Modric is difficult because they operate in such different roles, yet they do have similar attributes in terms of technical attributes.

Perhaps unsurprisingly, Modric (90.12 per cent) was accurate with a higher percentage of his passes than Messi (81.83 per cent), but a potential explanation for that is the forward played more passes on average per match (31.13) into the often-crowded final third of the pitch than the midfielder (21.67).

Messi also out-crafted the Croatian 121 to 60 in terms of chances created, while Ronaldo set up 54 chances. Salah got closest to Barcelona's talisman, working 97 opportunities for team-mates.