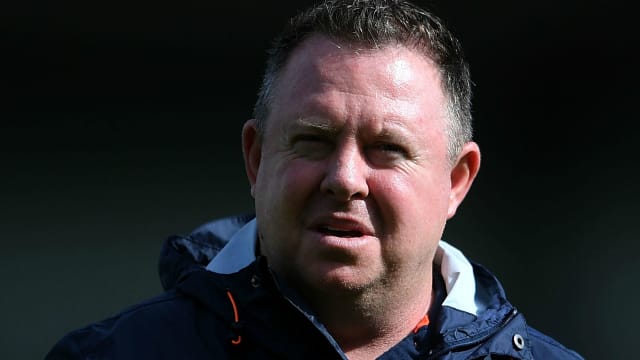 Matt O'Connor has left his role as Leicester Tigers head coach one game into the 2018-19 season.

Leicester were thumped 40-6 by Exeter Chiefs in their Premiership opener on Saturday, conceding six tries.

The result followed a 2017-18 campaign in which Leicester failed to reach the play-offs for the first time since 2004 and won only one Champions Cup match as they flopped in Europe.

"Matt was appointed head coach in April 2017 on the basis of his previous Premiership experience and his knowledge of the club," said chairman Peter Tom of O'Connor, who previously coached the Tigers from 2010 to 2013.

"But we believe the time is right to make this change in the best interests of the Tigers moving forward.

"We would like to thank Matt for his hard work and commitment to the club in two spells at Welford Road, and we wish him and his family well for the future."

Assistant coach Geordan Murphy will take charge of the team on an interim basis.

"Geordan knows the expectations and ambitions of the Tigers as well as anyone after more than 20 years here as player and coach, and we wish him and the team the very best for the challenges ahead," added Tom.