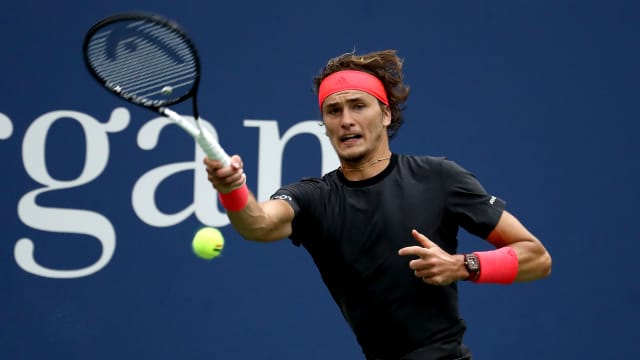 Zverev has only reached the quarter-finals of a grand slam once in his career and the German's woes continued following a surprise four-set loss to compatriot Philipp Kohlschreiber in New York on Saturday.

Former champion and Australian Open runner-up Cilic needed an eighth match point to down De Minaur after 2:22am in the Big Apple.

ZVEREV CONTINUES TO STRUGGLE AT SLAMS

The 21-year-old's elimination from the US Open means he failed to advance to the last 16 of a major this year, having lost in the third round at the Australian Open and Wimbledon.

Zverev said afterwards: "At tour events, I lose as well, there's just more tour events. You probably recognise it less. I lost to Robin Hasse in Cincinnati and I lost to [Stefanos] Tsitsipas in Toronto. Those losses weren't great for me, either. There's a lot of focus on the grand slams."

KYRGIOS: I CAN DO A LOT MORE

Omnisport's reporter on Arthur Ashe Stadium cannot have been the only person frustrated by Kyrgios' hit-and-miss showing against Federer, who will face another Australian next – John Millman.

Kyrgios started superbly, holding serve with ease, only to suffer a familiar slump after Federer snatched the opening set with a break in the 10th game.

Fun Fact:@SwissOpenGstaad has a tradition of gifting cows to @rogerfederer. With Roger's Moooves today we totally get it...

In his post-match news conference, Kyrgios was asked if he was satisfied with his career to date and acknowledged his struggle for consistency owed more to his mind than his body.

"Obviously I want to achieve more in the sport," he said. "In my career, I have been around for about four years now. I have barely done anything. I think I can do a lot more.

"As I've said, it's all mental with me, I think. If I want it enough, you know, I have a coaching option, psychology option. I think there is a lot more things to explore."

Djokovic was ruthless from the baseline and saved all five break points he faced to make it 11 successive wins over Gasquet.

The two-time US Open champion and sixth seed will next meet Joao Sousa, who upset Lucas Pouille.

"Incredible spirit, incredible fighting spirit. What a comeback he made at 5-2, the crowd was helping him," Cilic said after the match. "He played some amazing tennis, I was just a little bit luckier today."