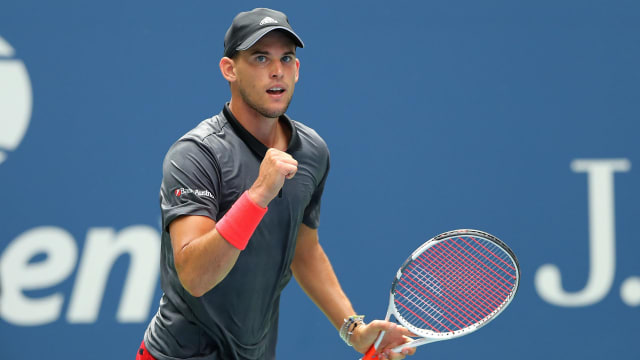 Kevin Anderson's hopes of replicating last year's run to the US Open final were dashed as the giant South African was beaten in straight sets by Dominic Thiem in the last 16.

Anderson was the runner-up to Rafael Nadal in New York 12 months ago and also made this year's Wimbledon final, losing to Novak Djokovic.

Yet the 32-year-old's latest grand slam challenge came to a surprisingly swift end at Flushing Meadows on Sunday, two five-set contests earlier in the week perhaps taking their toll on the fifth seed as Thiem triumphed 7-5 6-2 7-6 (7-2).

The Austrian had lost six of his previous seven meetings with Anderson, all of those defeats coming on hard courts including a straight-sets reverse in the 2015 US Open.

However, Thiem did get the better of Anderson on clay in Madrid earlier this year and the ninth seed produced an outstanding performance on Louis Armstrong Stadium to win their latest contest, offsetting 13 unforced errors with 42 winners.

Straight Sets Sunday:@ThiemDomi powers past Anderson 7-5, 6-2, 7-6 to reach the QF at the #USOpen for the first time in his career!#USOpenpic.twitter.com/pkRG5crBbf

Thiem is now set to face defending champion Nadal in the quarter-finals, in a repeat of this year's French Open final that the Spaniard won without dropping a set.