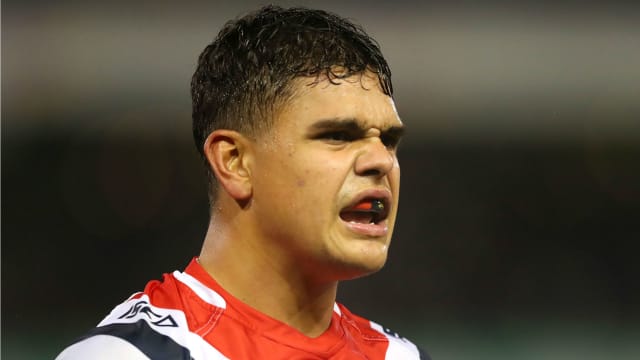 Sydney Roosters clinched the NRL minor premiership with a convincing 44-10 triumph over Parramatta Eels on Saturday.

The Roosters headed into their final match of the regular season needing to win by 27 points or more to unseat the table-topping Melbourne Storm.

And Latrell Mitchell scored a 12-minute hat-trick to earn the Roosters their fourth minor title in six years and a 20th in their history.

The feat was in doubt for long spells as the Roosters struggled to shake off their lowly opponents, the margin standing at only 10 points after 50 minutes.

That's FULL TIME and your Roosters have locked up the Minor Premiership! #EastsToWin#NRLEelsRoosterspic.twitter.com/Tmyfojmdcr

But the Roosters raced clear in the remaining half an hour at ANZ Stadium, with Mitchell's treble contributing to a five-try flurry in the final 30 minutes, as the Eels paid the price for losing Mitchell Moses and Michael Jennings to the sin bin.

The Roosters' first finals opponent will be decided on Sunday, with Cronulla Sharks currently occupying fourth spot ahead of their clash with Canterbury Bulldogs.

A hat-trick for Mitchel! Gets the @sydneyroosters into Minor Premiership position.#NRLEelsRoosters 10-38 with 13 minutes remaining. #TelstraPremiership#NRLpic.twitter.com/jSBZPeU9Ir

Earlier in the day, Johnathan Thurston brought the curtain down on a glittering NRL career as the North Queensland Cowboys fought back to beat the Gold Coast Titans 30-26, while sixth-placed St George Illawarra Dragons triumphed 24-14 at the already eliminated Newcastle Knights.