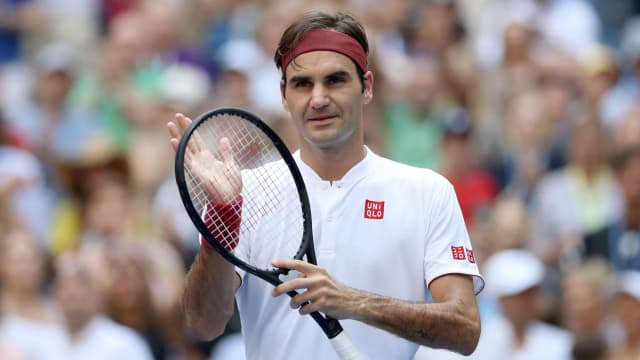 Nick Kyrgios and Roger Federer agreed the first set proved key as the five-time US Open champion charged to victory in their third-round meeting at Flushing Meadows.

The Australian's three previous meetings with Federer had been decided in third-set tie-breaks, but their first clash in a grand slam proved more one-sided, the second seed winning 6-4 6-1 7-5 on Arthur Ashe Stadium.

Federer was forced to save four break points in the seventh game of the match and initially struggled to make any impression on his opponent's serve.

Yet Kyrgios' level dipped alarmingly after he was broken in game 10 and a Federer triumph appeared inevitable thereafter.

"I played a terrible service game, didn't make any first serves. It was tough. I knew how important that first set was," said Kyrgios as he reflected on the agitation he showed at the end of the opener.

"He [Federer] loosened up straightaway after that. He started playing some shots that we all know he can make. All the pressure was off him.

"He's an unbelievable front-runner. When he gets in front, there's not much you can do. He was way too good.

"Obviously [I was] not at my best, but that's how he makes you play. He makes the court feel really small at times. If you're not serving well, he takes advantage of it. He was too good."

Federer, who remained unruffled in the face of some typically flamboyant antics from Kyrgios, highlighted the importance of his recovery from 0-40 down in the seventh game.

"I think against any big server, three-All, love-40 is a big game, because it could be that a big server also himself won't see that many opportunities down the stretch," said the five-time US Open champion.

"That's what happened for him. I knew if I could somehow dig myself out of that game, it's just huge. It doesn't have to be pretty. You just have to get back to deuce somehow.

"I think it was important to somehow get out of it ... and probably look at a tie-breaker.

"But I was able to break earlier, which was clearly great because I had no sniff on any of his service games in the first three or four. I didn't get discouraged and I think that was also the key today."