US Open umpire to continue despite Kyrgios pep talk 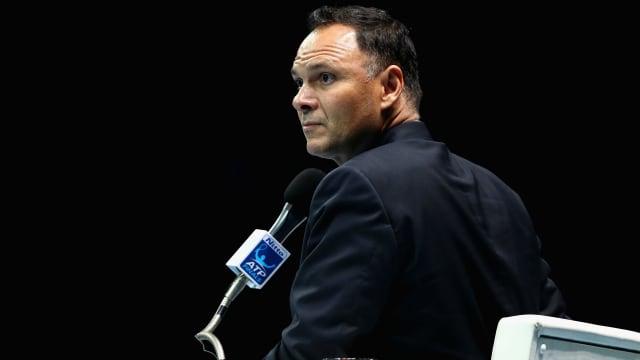 The umpire who gave Nick Kyrgios a mid-match pep talk at the US Open went "beyond protocol" but will be allowed to continue working the tournament.

The USTA announced on Friday that it had conducted a "comprehensive review" of Lahyani's conduct in Thursday's match between Kyrgios and Pierre-Hugues Herbert.

Kyrgios was down a set and a break to Herbert when Lahyani stepped out of his chair during a changeover and spoke to the mercurial Australian, telling him "I want to help you".

Kyrgios rallied to win the second set in a tiebreaker, then lost only three games in the third and fourth sets to advance to a third-round match against Roger Federer.

Herbert said afterward he found Lahyani's actions inappropriate, but the USTA defended the umpire in a statement released on Thursday, saying he had concerns Kyrgios might have a medical issue and was merely checking on the player.

Friday's statement said Lahyani "went beyond protocol" and the umpire "was advised to adhere to proper protocols in all matches that he officiates moving forward."

The USTA also noted the umpire's performance would be evaluated throughout the tournament, as is the case with all chair umpires as court assignments are made in the later rounds.

Lahyani has been an umpire at the highest levels of tennis for years. He was in the chair for the longest match in history, the three-day John Isner-Nicolas Mahut marathon at Wimbledon in 2010.