He didn't disgrace himself - Mariners' boss on Bolt debut 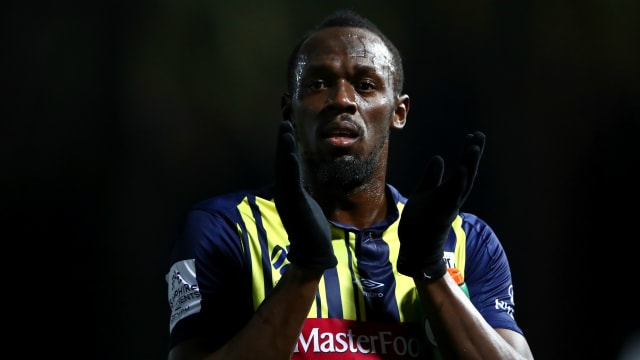 Bolt came on after 71 minutes of the Mariners' 6-1 defeat of a Central Coast Select XI and caused some nervy moments for the visiting defence with one run and shot forcing the goalkeeper into a decent save.

The 32-year-old was inches away from getting on the scoresheet shortly after, as he just failed to connect with a loose ball at the left-hand post with the goal gaping.

And while he appeared a work in progress, Mulvey was reasonably encouraged.

"He didn't disgrace himself, he did himself proud, he was on there for 20 mins," Mulvey told Fox Sports. "I said before the game that football movements are different to athletic movements, but he showed he has got some skills, he did okay."

Asked for a timeframe for when Bolt may make his A-League debut, Mulvey added: "He's here for the long haul if necessary, but my main focus is on getting the team ready to go for the start of the season. We have seven weeks to go."

There was a bumper attendance for the pre-season friendly but Mulvey was quick to hail the global focus Bolt has brought to Gosford, a northern suburb of Sydney.

"He doesn't lack self-confidence but he's not arrogant," he said. "He's a good guy to have around, he's had a positive impact on the club, the community, the A-League and within Australia.

"This game has gone out to over 60 countries so he's globalised the competition so that can't be a bad thing."

Look who's made his debut in professional football...

Bolt admitted he still has some way to go in terms of his football understanding but vowed to continue learning.

He said: "The biggest thing is to understand how the guys play, where I should be when the ball is at a certain point on the field and I am learning that. It takes time to understand and the more I play, the more I listen and train, it will get better.

"It will take time to get to know everyone, but the boys have accepted me, always encouraged me."

"It's God's way of doing what he does," smiled the Jamaican.

A moment in sporting history is made. @usainbolt, the footballer, steps onto the pitch in Yellow & Navy. ⚡️ #CCMFC#ALeaguepic.twitter.com/3j9ZuEvTsf