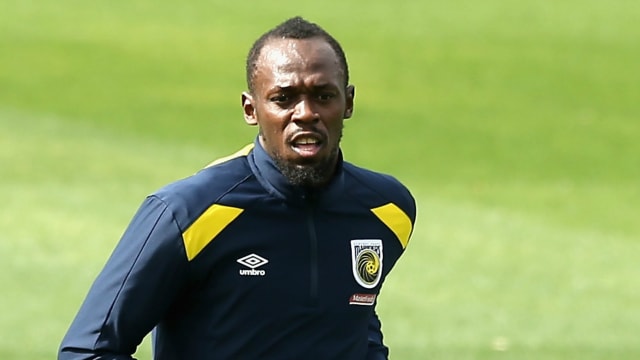 Usain Bolt is in line to make his first appearance for Central Coast Mariners after being named as a substitute for a pre-season friendly.

The Mariners take on Central Coast Select and coach Mike Mulvey previously said Bolt is likely to play "some part" in the game, which has unlimited substitutions.

Sprint star Bolt has made it his goal to earn a professional football contract after retiring from athletics in 2017.

"There will be nerves," the 100m world record holder told reporters ahead of Friday's match.

"It's not like it is a charity game anymore, this is a career that I am pursuing."

Bolt, who has trained with Bundesliga giants Borussia Dortmund, played a friendly during a trial with Norwegian side Stromsgodset earlier in the year.

.@usainbolt is in the house ⚡️#CCMFC#ALeague#CCMvCCSpic.twitter.com/QP9efvNUFj