Bernat set for PSG but Boateng will stay – Kovac 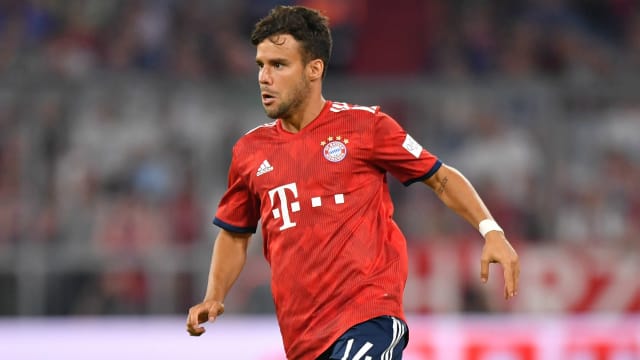 Centre-back Boateng has long been linked with the Ligue 1 champions but they are said to have baulked at a reported asking price of €50million.

Kovac claims the 29-year-old had the chance to leave Bayern but now expects him to stay and commit fully to the rest of the season.

However, he does expect Bernat to move to Parc des Princes before the transfer window closes.

"Apart from Juan Bernat, no player will leave us this evening," he told a news conference. "That's what we discussed. Juan is in Paris and will most likely sign for them.

"Jerome certainly had the opportunity to change clubs. He'll stay here now and give everything for the club.

#Kovac on @JB17Official: "He is a world-class defender and a top professional. He is staying here." #FCBayern#MiaSanMiapic.twitter.com/wHEk0mlsT0

"Jerome is a world-class centre-back and a top professional. It's about staying physically healthy. I don't know if any club in Europe has such a centre-back trio.

"There are three world-class players [at centre-back]. It doesn't matter who I let play together. They'll be rotated during the season. The work load will be extremely high."

Bayern have been linked with Benjamin Pavard ever since the full-back played a key role in France's World Cup triumph in Russia, and Kovac was keen to praise the 22-year-old's qualities ahead of Saturday's trip to Stuttgart.

However, he would not say for certain if the defender is a transfer target for the Bundesliga champions.

"I must say he's a great player, as you saw at the World Cup," Kovac said. "He's already world class and will certainly get even better.

"Many clubs will look at him. Let's see if we do the same!"