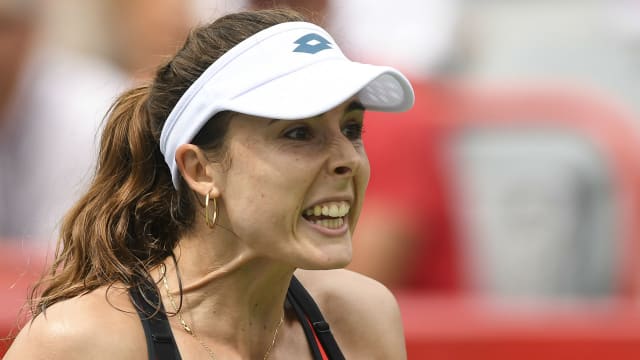 Alize Cornet said the decision to ban Serena Williams from wearing a catsuit at the French Open was "10,000 times worse" than her on-court punishment at the US Open.

US Open organisers apologised after Cornet was given a code violation for taking her shirt off between points after putting it on the wrong way round during a first-round defeat to Johanna Larsson on Tuesday.

The incident, which left Cornet baffled, sparked a sexism row, with the WTA describing the Frenchwoman's treatment as "unfair."

Cornet believes it was nothing compared to French Tennis Federation president Bernard Giudicelli's revelation that Williams would be banned from wearing an outfit which she donned at Roland Garros this year for health reasons.

She said: "I think that now, of course it can be better, inequality between men and women, but I think we are on the right path. I really believe it. Everybody is working in the same direction. I think we are doing all very good.

"Then we still have some people, like the president of my federation, that lives in another time and can still make these kind of comments. They are totally shocking for me.

"What Bernard Giudicelli said about Serena's catsuit was 10,000 times worse than what happened to me on the court, because he's the president of French federation and because he doesn't have to do that."