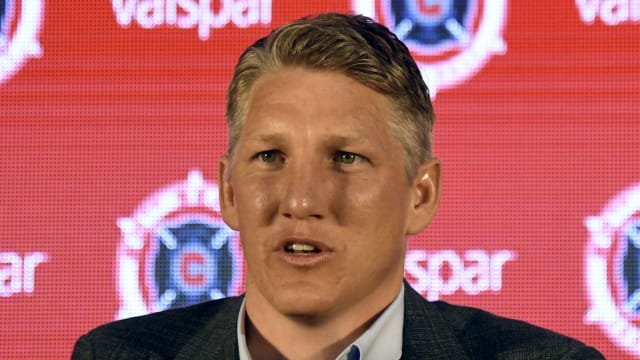 Arjen Robben feels former colleague Bastian Schweinsteiger would be an excellent Bayern Munich director should he want a future role at his old club.

Schweinsteiger returned to Bavaria for his testimonial on Tuesday when his current team Chicago Fire faced Bayern in a contest that the German side won 4-0.

At 34, Schweinsteiger is coming to the end of his decorated career and Robben believes he could still offer a lot to Bayern after retiring.

Schweinsteiger spent 17 years with Bayern having joined the academy aged 13, and the likes of Hasan Salihamidzic, Uli Hoeness and Karl-Heinz Rummenigge have all gone on to hold senior roles in the club's hierarchy after playing for them.

Then. Now. Forever. ONE OF US! #MiaSanBasti#ServusBastipic.twitter.com/sYDpnnee6p

Asked whether Schweinsteiger could become a Bayern executive, Robben replied: "Yes, of course. But he has to want to do it.

"I don't know what he is planning, maybe he will do something completely different. I don't know.

"But, of course. I mean, just look at [Tuesday]: somebody like this in your club is always useful."