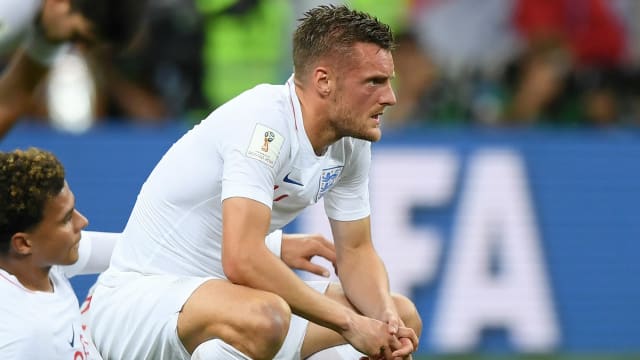 Jamie Vardy's decision to step back from England duty is a sad outcome, according to Leicester City manager Claude Puel.

The unlikely prospect of dislodging Harry Kane as Gareth Southgate's preferred centre-forward and a desire to spend more time with his family prompted Vardy to withdraw himself from the selection frame.

The 31-year-old believes the time is right for younger players to be given an extended opportunity, although he could still add to his 26 caps in the event of an injury crisis.

Leicester are poised to benefit from the lighter demands on their key striker, but Puel is not entirely on board with the call.

"We discussed it about two or three weeks ago," the Foxes boss told reporters after beating Fleetwood Town in the EFL Cup second round.

"He took his decision and we have to respect it.

"I'm just a little sad about his decision because for fans of the national team it was a fantastic feeling to see him playing.

"But we have to respect his decision and now he dedicates his time to his club and will continue to give his best and hopefully win a trophy."

Vardy will sit out the Premier League clash with Liverpool on Saturday as he serves the final match of a three-game suspension.