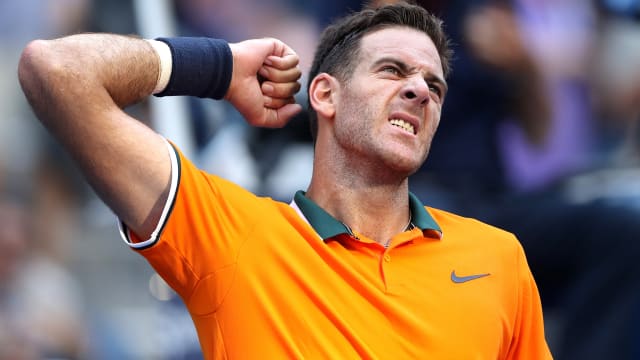 Andy Murray made a second-round exit at the US Open as Juan Martin del Potro continued his comfortable passage through in New York.

Murray suffered a rare loss to Fernando Verdasco, beaten in four sets on another sweltering day at Flushing Meadows.

Del Potro was untroubled as he set up a meeting with Verdasco, while Stan Wawrinka and Milos Raonic also advanced.

MURRAY BOWS OUT AGAINST VERDASCO

The win marked just Verdasco's second in 15 meetings with Murray and came after a gruelling three hours and 23 minutes.

Del Potro, the 2009 champion at Flushing Meadows, is yet to drop a set at the major this year.

"Fernando, he's a really good player. I don't like to play against lefties because they can mix it up all the time," Del Potro said ahead of his meeting with Verdasco. "They play different angles of the game. They make variations all the time. It's not going to be easy for me.

"I will try to play even better than today. I also have a lot of fans who give me good energy to always try to keep winning. I will try to take that advantage to myself."

An impressive point en route to a dominant 6-1 second set for @delpotrojuan .#USOpenhttps://t.co/sp7VEoBc3Ipic.twitter.com/JszbyBx7ZF

Stefanos Tsitsipas was fancied to challenge the established order at the US Open having enjoyed a run to the last four of the Citi Open before being beaten in the final of the Rogers Cup by Rafael Nadal.

But the rising star was beaten 6-4 6-3 4-6 6-3 by Daniil Medvedev, with whom he was involved in a tense exchange during a match in Miami earlier this year.

Tsitsipas opted to stay in his chair after the third set despite the players being entitled to a 10-minute break due to the heat rule being in place.

"I had so many things that I had to do, so I actually forgot I had this 10-minute break when he left," he said. "At the time that I realised that it was six minutes left. But I decided just to stay and think, make a plan of my tactics on that side."

A five-set encounter in rising temperatures against a home favourite is not exactly the ideal scenario.

Raonic had a more straightforward outing, the Canadian beating Gilles Simon 6-3 6-4 6-4. He faces Wawrinka in the third round.