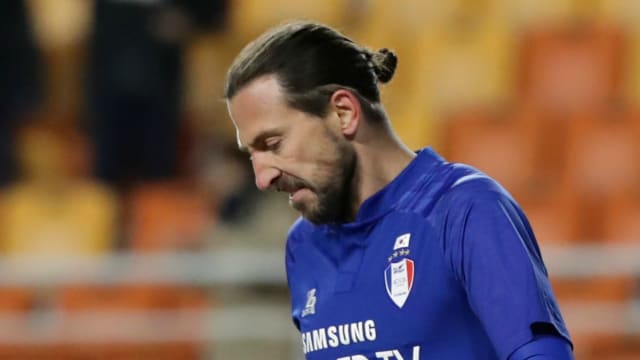 Suwon Bluewings took a huge step towards the AFC Champions League semi-finals after a trio of late goals earned a 3-0 win at Jeonbuk Motors in Wednesday's first leg.

The all-South Korean affair, the first meeting between the teams in the competition, was a tight contest until the closing stages when Suwon - whose coach Seo Jung-won resigned on Tuesday - exploded into life.

Former Montenegro international Dejan Damjanovic opened the scoring in the 75th minute, slotting in a pass from Elvis Saric to put his side in front at Jeonju World Cup Stadium.

And the striker was soon on target again with a second away goal, collecting a headed pass from Lee Jong-sung and swivelling on the edge of the box to rifle a low drive into Hwang Byeong-geun's bottom-right corner.

Korean champions Jeonbuk's task of fighting back in next month's return leg already looked tough, but Suwon struck again in the 85th minute against their fellow two-time winners.

Saric was the provider again with an inswinging right-wing cross cleverly flicked home by Han Eui-kwon to leave the Bluewings closing in on a first AFC Champions League semi-final since 2011.