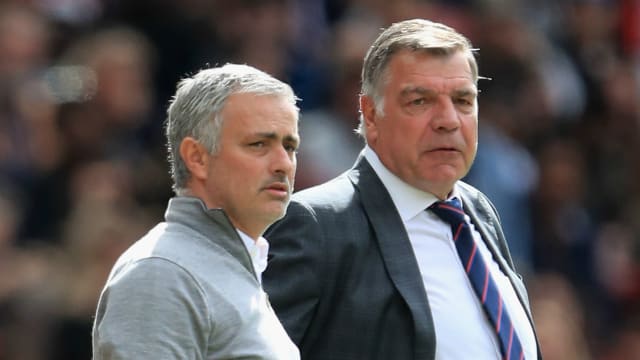 United conceded two second-half goals in quick succession at Old Trafford as Harry Kane and Lucas Moura put Spurs in front, and the Brazilian winger added a third late on.

The result left Mourinho under pressure after two defeats from United's opening three Premier League matches of the season, but Allardyce said the manager's approach was not to blame against Spurs.

"It's only about Tottenham's finishing that got them the victory, normally that result would never, never happen.

"So, is it a freak result, or not? When you've had 23 shots at your own place, and you've not scored, that's not the manager's fault as he's set his team to go out and attack, they've gone and attacked, they've created enough chances to win comfortably, they've failed to take those chances and they ended up getting sucker-punched by what in the end was pretty poor defending.

"It's alright saying it's a disaster - yes it is, it's 3-0, but if you're a manager you'd say to your players at the end of the day 'look, cut the silly mistakes out, keep getting this possession rating, keep getting this shot rating and we'll win far more games than we'll lose.'"

"For the team to fight the way they did, with empathy, with solidarity and dignity to play together for Manchester United... one thing is clear: the team is united." #MUFC

Allardyce also took aim at United's Paul Pogba, saying the midfielder has failed to live up to expectations since his £89million transfer from Juventus in August 2016.

Pogba helped France to glory at the World Cup in Russia but Allardyce said he was unimpressed by the consistency of the 25-year-old's displays.

"United fans have been waiting for a consistent level of performances from Paul Pogba for so long now," said the former Everton manager.

"Is it ever going to materialise at 25 now? He is at his peak. You have to hold your hands up and say you have not quite got what you expected on a consistent basis.

"When he plays well, he plays exceptionally well. His goals against Manchester City last season and his performance when he got moved just behind the front man was terrific, but we just haven't seen enough.

"Everybody said he had a brilliant World Cup for France and I never saw that either. I must have to go to the optician.

"When you are the leading man, you have to be leading every week. Your performances cannot dip on a week in, week out basis."