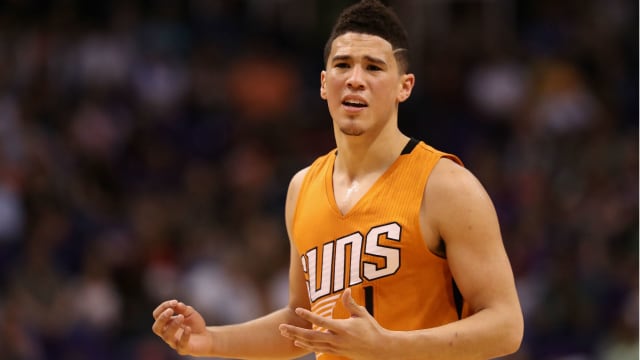 Devin Booker is excited for the Phoenix Suns' future.

The Suns signed the 21-year-old guard to a five-year, $158million contract extension this offseason.

Booker discussed Phoenix's upgraded roster in an interview with CBS Sports on Tuesday.

"It's winning time," Booker said. "They took a chance on me to be that [max] guy. I know it comes with a lot of leadership and responsibility, but I think I'm built for it. I'm looking forward to next year a lot, with the additions to the team, we're in much better shape to have a much better season.

"We're in the best shape we've been in since I've been a part of the franchise."

Booker was selected by the Suns out of Kentucky with the 13th pick in the 2015 draft. He averaged a career-high 24.9 points and shot 38.3 per cent from three-point range in 54 games last season.

The Suns finished 2017-18 with a 21-61 record and missed the playoffs for an eighth straight season. They also inked former Houston Rockets forward Trevor Ariza to a one-year, $15m deal in July.