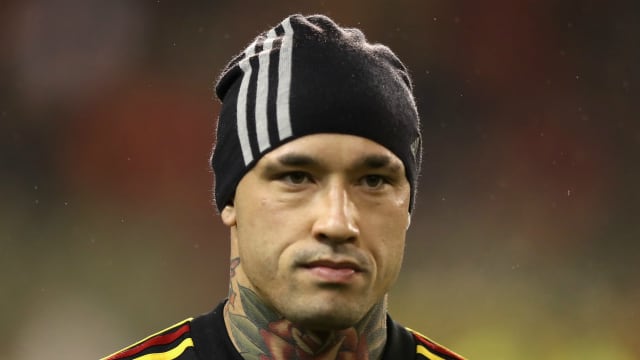 Radja Nainggolan has been named in Inter's 24-man squad to face Torino, but head coach Luciano Spalletti will make a late call over the midfielder.

The Belgium international is yet to make a competitive appearance for Inter after joining from Serie A rivals Roma in June having missed last week's loss to Sassuolo with a muscle injury.

Inter host Torino in their first home game of the 2018-19 campaign on Sunday and Spalletti will not rush Nainggolan into his side despite that surprise defeat.

"Nainggolan is in the squad but we have to be careful," Spalletti told a news conference on Saturday.

"Dr Volpi's medical team are still supervising him due to what his injury was and how he's been training.

"There is a risk there. We'll evaluate things and during the course of the match.

"[Milan] Skriniar has totally recovered, Keita [Balde Diao] is clear that he has to make himself available like everyone else, you have to choose correctly."

| The 24 Nerazzurri players named in #Spalletti's squad for #InterTorino!  pic.twitter.com/ruxwTOOIOz

Spalletti defended his tactics and team selection despite the shock loss to Sassuolo, which came thanks to a first-half penalty scored by Domenico Berardi.

"We're still convinced that we made the right decisions for the Sassuolo game," he said. "However, it's clear that something didn't go well and we can do something about this. I don't know exactly who will be there or not compared to our last line-up.

"What I didn't like is that we upset the Inter fans, we embarrassed the world of Inter because we didn't show the tried and tested methods that we picked up during the fight to finish fourth last season.

"I'm convinced about how serious and available my players are, I know what I need to do with them. Thinking and behaving in the right way will put everything back in order.

"It's not easy to evaluate Torino. They have tradition and a team that fights for every ball, they play with quality and the knife between their teeth. We must have character and always look to win, be it clean or ugly. We can't let up for even a moment in this match."