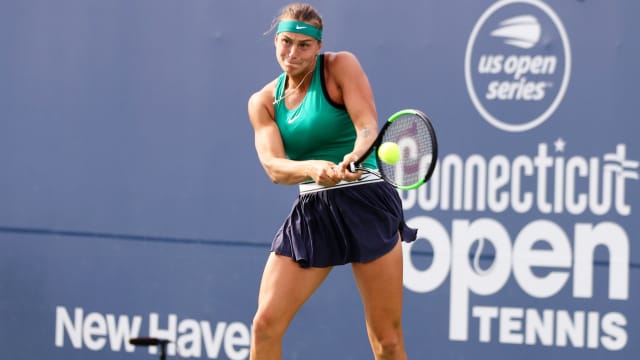 Sabalenka ended her wait for a maiden tournament triumph at the fourth attempt, easing to a 6-1 6-4 win after 73 minutes on court.

The 20-year-old, who had previously lost finals in Tianjin, Lugano and Eastbourne, eased out to a 4-0 lead as she dominated in the opening set.

Suarez Navarro provided a sterner test in the second, however, including recovering from a break of serve to draw level at 4-4.

The Spaniard appeared to have sealed the next game with an ace to edge back ahead, only for Sabalenka to successfully challenge the call.

Having used technology to earn a reprieve, the world number 25 finally broke at the third opportunity to take the lead before serving out for the match.