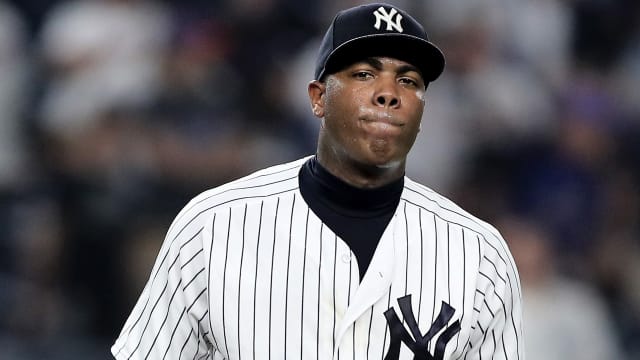 Aroldis Chapman will be out until at least the middle of September with a knee injury, the New York Yankees confirmed.

Chapman - a five-time MLB All-Star and 2016 World Series champion - will be re-evaluated in two weeks.

"We're optimistic that he'll return in an impact way this season at some point," Boone said.

"I think in a lot of ways [the exam] went a little better than the doc thought."

Chapman left Tuesday's 2-1 win over the Miami Marlins in the 12th inning after feeling pain in his knee.

He was placed on the 10-day disabled with left knee tendinitis.