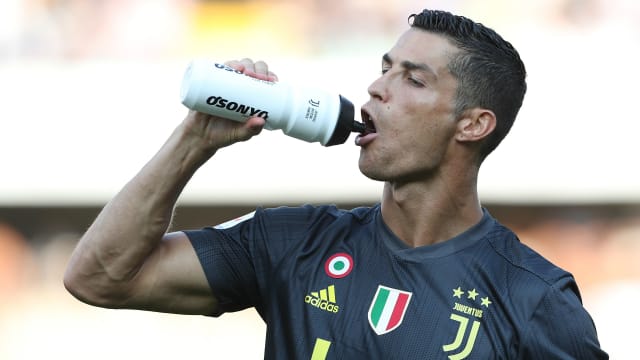 Cristiano Ronaldo will make his home debut for Juventus in Saturday's Serie A game against Lazio, head coach Massimiliano Allegri has confirmed.

Ronaldo's first competitive appearance for the club came in a 3-2 victory at Chievo that saw Federico Bernardeschi score a late winner.

The former Real Madrid superstar drew a blank in the game, with the team looking more threatening after he shifted from a central role to the left following the introduction of Mario Mandzukic as a second-half substitute.

Despite some concerns over his match fitness, Ronaldo will keep his place in the team against Lazio, with Allegri predicting an improved understanding between the forward and his team-mates in front of the home fans.

"Cristiano is set to play tomorrow," Allegri told a news conference. "It's important to bear in mind, however, that our forwards are the players who've had the least amount of pre-season training, so they need to be managed with care.

"Cristiano is always striving for more. He's highly competitive in everything he does. He has built his own success over the years through hard work and sacrifice. He's a role model for many of the other guys and he raises our overall quality.

"There will be better link-up play between our midfielders and forwards, which will undoubtedly benefit Cristiano.

"I believe that Cristiano's goal at Allianz Stadium in last season's Champions League has helped to build a strong rapport and significant mutual respect between himself and the fans. I think it had an influence in his choice to join Juventus."

While Ronaldo's presence in the XI to face Lazio is assured, Allegri is less sure whether World Cup winner Blaise Matuidi is ready for action.

"Blaise is an important player for us, as he demonstrated last year," Allegri added. "He's in excellent condition, but I still need to decide if he plays. I have plenty of top-class midfielders to choose from.

"Lazio are a physical and very well-organised team, who love to hit their opponents on the counter-attack. Therefore, we need to stay very focused throughout the match.

"There's excitement in the air. Lazio will make it a great encounter. They defeated us last time at Allianz Stadium to end a 41-game unbeaten run. So, [Saturday] is very important, even if it's only our second match of the season."

45 - Cristiano Ronaldo's free-kick was the first that he has scored from a direct free-kick in a finals tournament, from what was his 45th attempt (World Cup & Euros combined). Moment. #PORESP#POR#ESP#WorldCuppic.twitter.com/hKzeGfa0Yl

Ronaldo scored a direct free-kick at the 45th attempt in a major tournament at the World Cup and Allegri expects the Portugal captain to compete with a number of team-mates for set-piece duties.

"Cristiano and Paulo Dybala are our two designated penalty-takers this season," said the Juve boss. "The problem is more about who takes free-kicks, where we now have around six or seven players who'll be standing around the ball!"