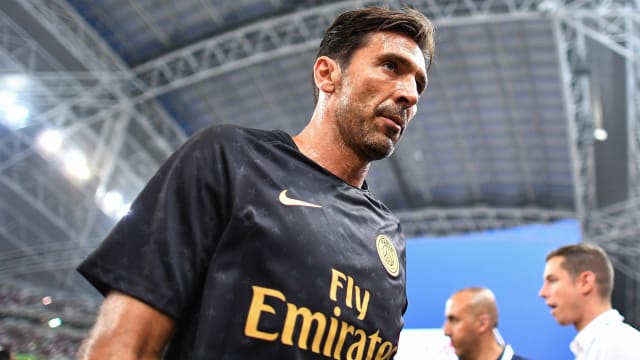 The veteran goalkeeper, signed on a one-year deal in July after leaving Juventus, made his league debut for PSG in a win against Caen and started their 3-1 defeat of Guingamp last weekend.

But Buffon, who also played in the Trophee des Champions thrashing of Monaco, will relinquish the gloves to Alphonse Areola for Saturday's home game with Angers and September 1's trip to Nimes.

"Alphonse will play against Angers and Nimes. After that, we will see," Tuchel told a news conference.

"We think it's important for Alphonse to play. His last match was in May. He must play.

"Gigi had three exceptional, magnificent matches. I do not like leaving him out.

"I do not like making long-term decisions. It is important during this preparatory stage that Alphonse adapts to the team.

While Buffon will sit out the Angers game, Tuchel indicated Edinson Cavani could make his first Ligue 1 appearance of the season.

But the former Borussia Dortmund coach has a decision to make with talent such as Neymar, Kylian Mbappe and Angel Di Maria to fit into his team.

"We have four main attackers," Tuchel said. "Do not forget Angel Di Maria, who is top class. They are four key players, each with different qualities.

"I will not say if Edinson will start, or what Kylian's position will be. Edinson has been working hard for two weeks and he is in top shape. We will decide together.

"Mbappe has to get used to playing several positions; there are several possibilities. He will play as an attacker."