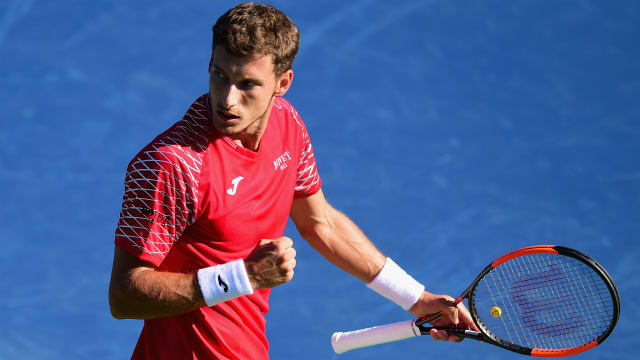 Pablo Carreno Busta will face fellow seed Steve Johnson in the semi-finals of the ATP Winston-Salem after beating Hyeon Chung in straight sets.

Returning to the scene where he claimed his breakthrough ATP Tour title two years ago, Carreno Busta converted four of five break points and saved two of his own to see off the sixth seed.

Next up is eighth-seeded American Johnson, who topped third seed Kyle Edmund 6-1 6-2.

Johnson made light work of the British number one, winning the opening five games in a dominant performance.

"I didn't have this in the game plan," said Johnson. "I was prepared for a war. I was very fortunate to get some early [service] breaks in both sets and play solid, aggressive tennis."

The other semi-final will see Japan's Taro Daniel take on Russian Daniil Medvedev.