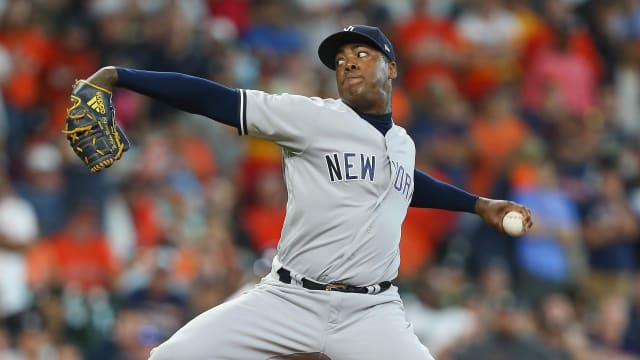 New York Yankees closer Aroldis Chapman was concerned after throwing just six pitches before coming out of Tuesday's game against the Miami Marlins with a knee injury.

Chapman walked Isaac Galloway on five pitches, then threw one more to Rafael Ortega before manager Aaron Boone came out to the mound to check on him.

The 30-year-old left the game in the 12th innings, replaced by Tommy Kahnle, with Boone then confirming that Chapman had felt pain in the same knee that caused him concern in July, with scans expected.

Chapman added: "It's worrisome, but we have to wait until tomorrow [Wednesday] and see what happens."

The Yankees defeated the Marlins 2-1 in Miami on Tuesday.