Wilshere out to prove Arsenal wrong 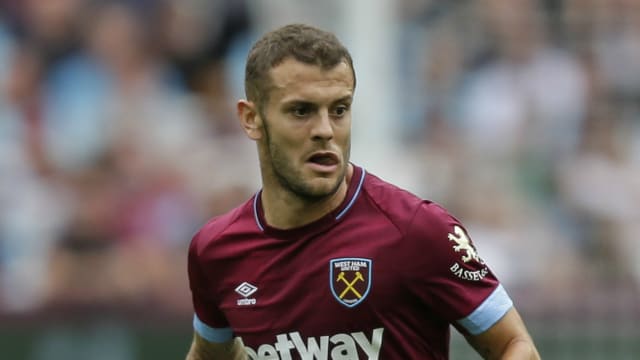 Jack Wilshere is determined to prove Arsenal were wrong to release him when he revisits his old club with West Ham on Saturday.

The 26-year-old spent 11 years at the North London club before joining West Ham on a free transfer in July, and he is set to make his first appearance against them at the Emirates Stadium this weekend.

Wilshere played on loan at Bolton Wanderers in 2009-10 and at Bournemouth in 2016-17 but has yet to experience lining up for Arsenal's opposition.

He told West Ham's matchday programme: "It's down to me to prove a point to Arsenal that they were wrong to get rid of me.

Happy to make my home debut but not happy with the result. Tough game for us this weekend but we have a week of hard work and preperation in front of us ?? pic.twitter.com/B0rsmZ5wr2

"It'll be a strange one for me as I was never able to go there and play when I went out on loan as you can't play against your parent club."

West Ham have suffered a dreadful start to the 2018-19 season, slipping to a 4-0 defeat at Liverpool in their opening game before being beaten 2-1 at home by Bournemouth.

But Wilshere indicated the Hammers are confident of heaping more woe on Arsenal, who have yet to earn a point under new manager Unai Emery.

"It's one I'm looking forward to," said Wilshere. "I quite fancy our chances."