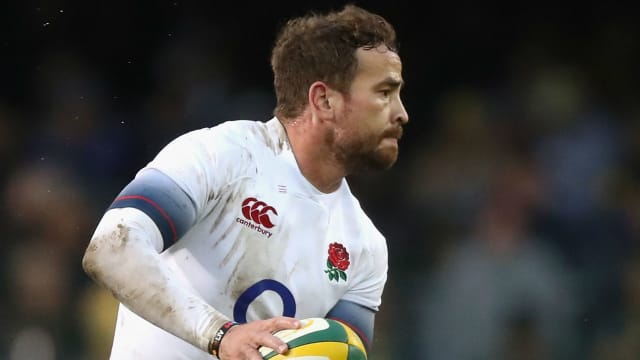 A Rugby Football Union (RFU) disciplinary panel has upheld a charge against Danny Cipriani of conduct prejudicial to the interests of the game, but has imposed no further sanction against the player.

Cipriani pleaded guilty to common assault and resisting arrest after an incident in Jersey earlier this month.

The 30-year-old fly-half, who has made 16 appearances for England, was docked £2,000 by Jersey Magistrates Court and ordered to pay £250 in compensation.

His club Gloucester imposed a fine of £2,000 and ordered him to complete 10 hours of community service.

And while the RFU panel upheld its charge following a hearing on Wednesday, Cipriani escaped further punishment and will be free to face Dragons in a friendly on Thursday, if selected.

"By his guilty plea before the criminal court, Mr Cipriani accepts that he behaved in a way that, in the panel's view, fell below the standard of behaviour expected of a rugby player," panel chair Gareth Graham said in a statement.

"The panel were supported in reaching that decision by Gloucester Rugby's own internal disciplinary hearing finding that his behaviour fell below the standard that the club expects.

"Mr Cipriani is a role model and by committing an act of common assault and by resisting arrest, the panel find his actions are prejudicial to the interests of the game.