Garcia battles past Sasnovich in Connecticut 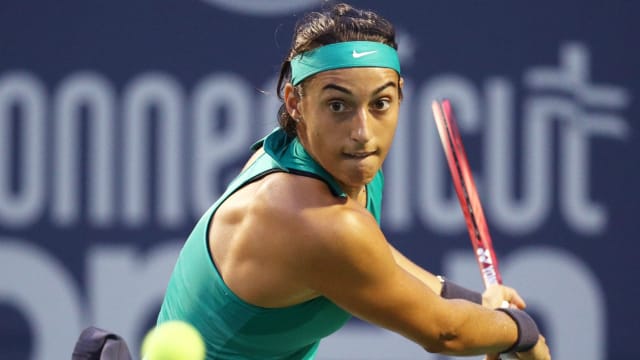 Caroline Garcia came from a set down to beat Aliaksandra Sasnovich at the Connecticut Open on Tuesday, as Johanna Konta followed Simona Halep and Kiki Bertens in withdrawing from the event.

Earlier, Konta pulled out of the tournament due to a viral illness, affording Carla Suarez Navarro a walkover route into the quarter-finals.

Halep and Bertens, the finalists at last week's Cincinnati Masters, had already announced their intention not to feature on the outdoor hard courts in Yale.

The Romanian world number one, surprisingly beaten by Bertens in the Cincinnati decider, cited a right Achilles problem that could leave her in doubt for the US Open as the reason for her withdrawal, while Bertens, like Konta, is suffering from a virus.

In the final match of the day, Julia Goerges was made to work hard by Dayana Yastremska, the fifth seed ultimately prevailing 6-3 3-6 6-4.